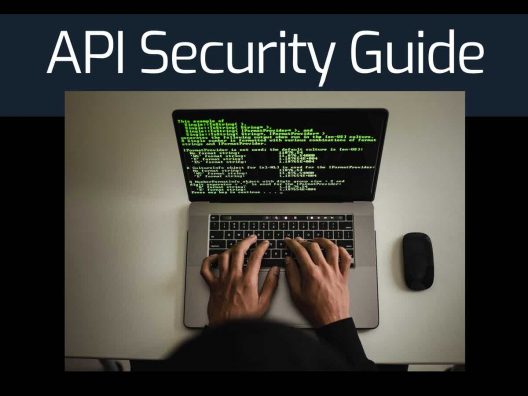 What is API security?

API security refers to the safeguarding of APIs, both those you own and those you use. But what exactly does that imply?

You've heard of the Internet of Things (IoT), which involves integrating computing power into standard devices. The Internet of Things allows you to connect your phone to your refrigerator, so you know exactly what you need for that last-minute dinner party in an hour when you stop at the grocery store on your way home. Maybe you're part of a DevOps team that uses microservices and containers to build and deploy legacy and cloud-native programs rapidly. Like systems and apps, APIs are one of the most frequent ways for microservices and containers to connect. APIs are becoming more crucial as integration and interconnectedness become more critical.

Why is API security important?

APIs are used by businesses to link services and transfer data. Major data breaches are caused by APIs that are broken, exposed, or hacked. They make sensitive medical, financial, and personal information available to the public. But not all data are built equal, and not all data should be safeguarded in the same way. What kind of data is being exchanged will determine how you approach API security. If your API communicates with a third-party application, learn how that app sends data back to the internet. To use the example above, you might not be concerned if someone discovers what's in your refrigerator, but you could be worried if they use the same API to monitor your location.

Understanding the Potential Risks of APIs

In today's cyber world, API security threats are a typical occurrence. Unfortunately, cyberattacks have become commonplace in today's lexicon. APIs, like any other software, can be hacked, and your data were stolen. APIs are vulnerable to attacks since they serve as gateways for revealing apps for third-party integration. Let's have a look at the top 10 API security dangers to be aware of.

You're exposing yourself to significant API security concerns right away if you start with improper coding. Inefficient code from the start is a sure way to having your API hacked.

Validation of SSL certificates is always required to ensure the security of your APIs. Unwanted API traffic interference and insufficient validation will almost probably land you in the hands of a hacker. They can steal your API keys, passwords, and usernames from here.

In large firms, management may overlook the tracking of APIs and their usage statistics. You may pay several expenses and expose yourself to security threats as a result of unprotected APIs.

Accountability is a difficult concept to grasp. Who is truly responsible for API security risks? The developer is the starting point for the solution. It is the developer's responsibility to design a reliable API. The individual who uses the API, on the other hand, has responsibility. API users can enhance API security by employing additional levels of protection.

It's worth noting that the XML format is linked to the SOAP protocol. This format contains several security flaws that hackers can exploit. To avoid a security breach, it's critical to stay on top of this format.

If API usage isn't recorded, it can become repetitive and redundant. This can result in a necessary financial outlay. API usage requires monitoring, so having solid API governance in place is quite beneficial.

You're leaving yourself open to hackers if you don't use security measures like Transport Layer Security (TLS). It's critical to have encryption protocols in place to safeguard your APIs.

Your API is exposed as soon as API calls are received. Setting restrictions on API password setups, connections and making re-authentication obligatory for overuse is always a good idea. It may appear that you are exercising excessive control, but it is always best to err on the side of caution.

Always read carefully and understand the Terms of Service. You won't be fully aware of what your API provides if you don't read up. This may exacerbate issues with the quality of the service they are receiving. In enterprise APIs, data ownership is also mentioned in terms of usage. As a result, skewed data tracking on the customer side may occur.

Endpoints can remain susceptible, and if security measures aren't in place, any capable hacker will have a field day. To safeguard the security of their API, developers must choose the optimal API format.

Following are some common attacks against web apps:

Malicious code is implanted in insecure software, resulting in an injection attack. The most well-known examples are SQLi (SQL injection) and XSS (cross-site scripting), although there are others. Injection attacks have long been a problem to online applications, and they are also becoming a significant issue to APIs.

The attacker attempts to render the targeted system unavailable to its intended users in a Denial of Service (DoS) or Distributed Denial of Service (DDoS) attack. They can be scaled in a variety of ways. At one extreme, “slow” DoS attacks can completely deplete a victim's resources while using very little bandwidth. Volumetric DDoS attacks, on the other hand, can involve several terabits per second of incoming traffic. When these attacks are made against well-known websites, they can generate a lot of attention. However, DoS and DDoS attacks against API endpoints are becoming more common.

Credit card information, passwords, session tokens, private health information, and other sensitive data are constantly processed and transferred by web apps. If an application does not manage data properly, for example, it may be vulnerable by not encrypting it in transit or at rest. This is particularly problematic for RESTful APIs that employ HTTP as their underlying protocol. HTTP includes a variety of actions that could be exploited. An attacker can create malicious requests, change message mapping, and even influence the backend system's answers.

An attacker tries to tamper with the parameters sent between the client and the server. The purpose is to change application data such as user credentials and permissions, product prices and quantities, etc.

Man in the Middle

The attacker intercepts communications between an API endpoint and a client in an API MitM attack. The attacker steals and/or tampers with the confidential information that is exchanged between them.

Although Transport Layer Security (TLS) is one of the most basic “must-haves” in a secure API, many businesses continue to use APIs that lack it. This offers hackers complete control of the API and the data it processes.

The attacks mentioned above can be found in a variety of verticals and businesses. There are also dangerous threats that are more particular and tailored to the targeted applications and these. Here's an illustration from the travel sector. Many firms (airlines, aggregators, and so on) provide mobile applications for customers to purchase flight tickets. When a consumer uses an app to reserve a seat, the backend typically reduces the amount of accessible space on the plane right away. The reduction is permanent if the customer completes the reservation and purchases a ticket. Otherwise, it expires after a preset timeout period (usually 10 minutes or so).

Abuse is possible as a result of this. Competitors first reverse-engineer the API. Then they utilize bots to impersonate clients, who start but never finish the flight reservation process. For the duration of the timeout, a seat is removed from the available inventory. During that period, it is unavailable to actual clients. Big blocks of seats can remain unsold when a large number of bots are doing this simultaneously, repeating the operation after each timeout has ended. Bots can block real customers from making purchases.

It's important to note that this type of assault (also known as inventory denial) is based on genuine requests. The bots pose as legitimate users, sending requests to the API endpoint as if they were instances of the app being used by real people on their phones.

If businesses want to publish their APIs publicly, they must follow specific fundamental security best practices and use well-established security measures.

API security should not be a last-minute consideration or viewed as “someone else's problem.” Organizations stand to lose many of their APIs that aren't safe, so make security a priority and incorporate it into the development process.

Keep track of your APIs and manage them

Regardless of how many publicly exposed APIs a company has, it must first be aware of them to secure and manage them. Surprisingly, not all of them are. Conduct perimeter scans to identify and inventory your APIs, then collaborate with DevOps teams to manage them.

Make use of a solid authentication and permission system

Use the concept of least privilege whenever possible

This fundamental security principle states that subjects (people, processes, programs, systems, and devices) should only be given the access they need to perform a specific task. It should be applied to APIs as well.

TLS is used to encrypt traffic

Remove any information that should not be disclosed

Because APIs are primarily a developer's tool, they frequently contain keys, passwords, and other sensitive data that should be deleted before they're made public. However, this step is commonly ignored. Scanning tools should be incorporated into DevSecOps processes to prevent sensitive information from being accidentally exposed.

Don't reveal any more information than is essential

Whether it's the volume of unnecessary data returned through the API or information that reveals too much about the API endpoint, specific APIs give much too much information. This happened when an API delegated data filtering to the user interface rather than the endpoint. Ascertain that APIs only return as much data as is required to perform their job. Additionally, implement data access limits at the API level, monitor data, and obfuscate if the response contains confidential data.

As with any IT system, security monitoring and response is essential whether you are using the APIS offered by other companies or delivering your own services by API. A Web application firewall will stand between your own servers and the rest of the world, so no matter which direction traffic passes, the proxy system will be able to examine the security risk that the access represents.

Indusface AppTrana is an example of the type of package that you need. It provides malware protection and hacker detection while also absorbing DDoS attacks. This service protects websites and API and there is also a higher plan that provides a managed security service. 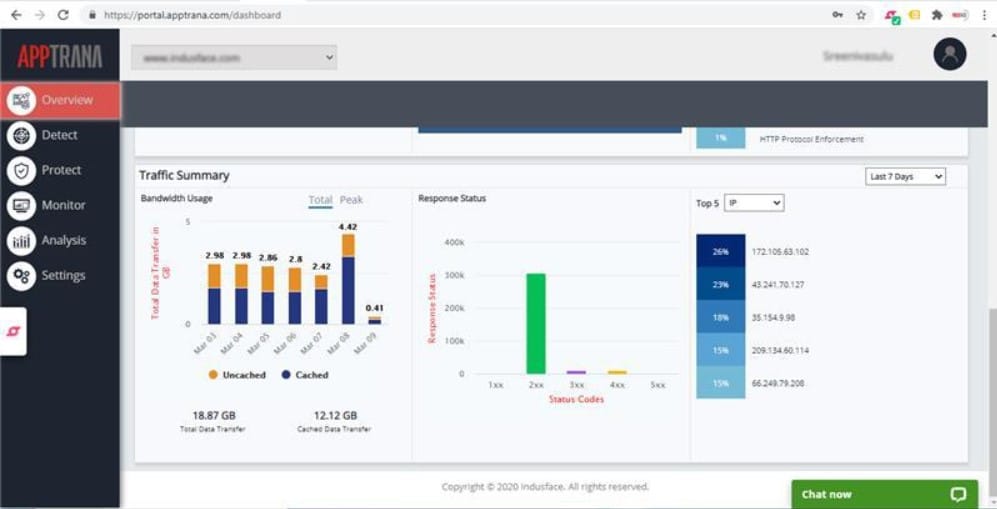 APIs, particularly for mobile and Internet of Things (IoT) devices, have arguably become the preferred technique for developing modern applications. While the concept of bringing data into a program from a third-party source isn't new, the ongoing evolution of app development methodologies and the need to innovate means that some companies may not yet understand the hazards associated with making their APIs public. The good news is that securing them isn't particularly difficult.

Most businesses currently have countermeasures in place to resist well-known API-targeting attacks such as cross-site scripting, injection, distributed denial-of-service, and others. Many of the best practices listed above will be familiar to experienced security professionals. Start at the top of the list and work your way down if you're unsure where to begin. Your ultimate goal should be to build robust API security standards and manage them proactively over time, regardless of how many APIs your organization chooses to offer publicly.