We're a Small team of IT Professionals who are passionate about Network Monitoring, Windows Server Administration and Linux/Unix System Administration. We have a combined total of over 23 yrs of Experience in the IT Field, along with Numerous Certifications and Industry Training.

Our history stems back to the Days of ITT Technical Institute (which is no longer around) where we found ourselves in class with each other – We dove into Cisco and Windows Administration and ended up deciding to work together from there on Out.

We also have numerous Industry Wide certifications that include some of the following: 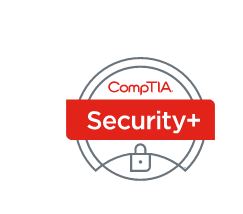 Even though the Majority of our Certifications are Windows specific, we have Quite the Passion for Linux/Unix, including:

We've built our Stack from Scratch that we use for ITT Systems main site along with focusing on Performance and UpTime.

James Cox is our Leading Editor and has Tons of Experience in Windows & Linux System Administration. Along with Windows/Linux system admin, he's quite versed in Linux based operating systems, including Nginx/SSH/MySQL administration within Ubuntu Environments.

James not only Enjoys writing about IT Technology, but he also is an Cyclist and Enjoys weight lifting as well on his days off. Notable accomplishments James has done include Seattle-to-Portland (STP) Bike ride that spans over 180 miles and finished it in 15 hrs 49 mins.

Adeolu is CCIE #26495 and specializes in Network and Security technologies with a focus on the Cisco ASA. He has vast knowledge into Cisco Products, Network Troubleshooting and Network Engineering.

See all posts by Adeolu O

Diego is a full-time researcher and writer specializing in networking and cybersecurity. He has been researching, gathering, and publishing stunning content for about six years. Behind the Scenes. Diego is one of those who believe you don’t need to go to University to be the best, but he went anyway. He went to study at Strayer University, Virginia, USA, where he got his Bachelor's Degree in Internetworking Technology. This, obviously opened a lot of doors. He went on to work in major Latinamerican ISPs and cybersecurity providers. During this time, he designed and monitored networks, configured 3G/4G mobile broadband technologies, led different infrastructure installations, and learned to secure all those networks. In addition, across Diego's career, he has also gotten certifications from Cisco and McAfee and pursued others like AWS, Certified Ethical Hacker (CEH), and Wireshark. Being hungry for more knowledge and challenging experiences, he traveled across the world to Seoul, South Korea, where he got his Master's degree. In a fantastic university, besides drinking beer for breakfast, he also collaborated on the development of a Wireless Sensor Networks project; one of those key technologies that led to the now popular, IoT. Diego also traveled to Africa to collaborate with the Chinese mega-company, Huawei, to design, maintain, monitor, and develop the 4G/LTE networks for about two years. After some tough cold nights sleeping inside A/C powered data centers, rather than under the beautiful African sky, Diego dreamed to become a journalist and share all his knowledge with others. Jumping Into Tech Journalism. Now, Diego loves what he does: Tech Journalism. Although dreaming about it, was smooth and fun, opening the way has been a wild ride. Now, six years have passed, and Diego is making a living and full-time career as a tech journalist. Today, he tests products; from proxy servers, VPNs, network monitoring tools, and WAFs. He writes about them and gives his opinion. He researches the web, sets up virtual and cloud labs, reads from fellow experts, identifies trends in tech, and shares his opinion. Diego also writes about server installations, securing those servers, threat intelligence, VPNs, proxies, TOR, P2P, online privacy, and more. He has been covering news on SiliconANGLE Media, has published in Threat Post, Lanner Electronics, Cloudbric, PCWDLD, ITT Systems, SecurityGladiators, Rapidseedbox, and many other leaders in the networking and cybersecurity industry.

See all posts by Diego Asturias

With 12+ Years of Experience in Enterprise IT, He's currently NOC Engineer with CompTIA A+ and Network+ Certifications who's passion for IT and New Technologies has helped him expand horizons with writing and explaining hard to grasp concepts!

See all posts by Graham Mess

Hitesh Jethva is a senior writer at pcwdld.com and ittsystems.com. He is graduated with a Bachelor's degree in Computer Science and combines his love of technology with writing. He is an expert in Linux, Security, DevOps, and Cloud Computing. He is writing Linux-related stuff and reviewing different software products like Firewall, Cloud services, Security, Applications, and more. He has over 12+ years of experience in Linux, Cyber Security, and Cloud Computing. Prior to working for pcwdld.com and ittsystems.com, Hitesh wrote Linux and Security blogs for leading websites including, HowtoForge, AlibabaCloud, DigitalOcean, Dzone, Vultr, Linode, and more. His Linux-related blogs and articles helped millions of people to make complicated stuff easier. Hitesh also got a Most Valuable Person (MVP) award from Alibaba Cloud three times to grow the AlibabaCloud community. Follow Hitesh: Email : hitjethva@gmail.com Linkedin : https://www.linkedin.com/in/hitesh-jethva/ Skype : hitjethva_3 Website : https://linuxbuz.com

See all posts by Hitesh J

See all posts by John Cirelly

Lavanya Rathnam is a professional tech writer who has been contributing to prominent blogs and publications in the technology space for more than a decade. She is a creative thinker, out-of-the-box content builder, and tenacious researcher who specializes in explaining complex ideas to different audiences. Her master's degree in Computer Applications enables her to empower her readers with technical knowledge and help them keep up with the rapid pace of technological advancements. Lavanya has been writing on online security, application monitoring, big data, Internet of Things, Crypto, decentralized technology, Self-Sovereign Identity, Web 3.0, and more. She has extensive experience in authoring whitepapers on ICO, cybersecurity, and decentralized technology. Her "how-to" guides, in particular, have a wide readership running into millions for some of her articles. She continues to combine her experience and expertise to provide well-researched content that helps audiences make informed decisions to address their everyday challenges. Reach out to her on LinkedIn.

See all posts by Lavanya Rath