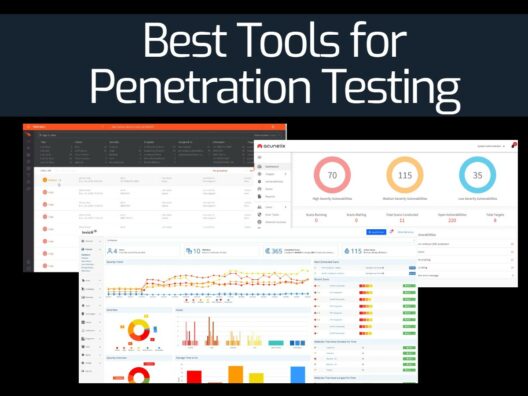 Penetration testing, also referred to as “pen test”, is an authorized simulated attack on your system attempted by security experts (white-hat hackers) to evaluate your computer systems’ security. These attacks simulate the real-world attacks carried out by black-hat hackers (criminal hackers).

The tests will detect vulnerabilities including the possibility for unauthorized attackers to get access to the system data. Moreover, the tools can also identify system strengths for executing a full risk assessment. The test results are further used by organizations to make their applications more robust and secure.

Here is our list of the ten best Penetration Testing software and service:

Every software application listed in this post comes with a unique set of features, ideal for different business niches.

Invicti is an extremely easy-to-use web application security testing tool that automatically checks for cross-site scripting (XSS), SQL Injection and other security threats in your websites, web services and applications. It is available as a SaaS solution or even On-Prem.

Invicti penetration testing tool is highly robust and is able to scan around 500 to 1000 web applications simultaneously. Plus, it has custom settings for security scan, allowing you to set authentication, attack options and URL rewrite rules. It produces proof of exploitation and you can easily view the impact of security threats.

You can register for a free demo. 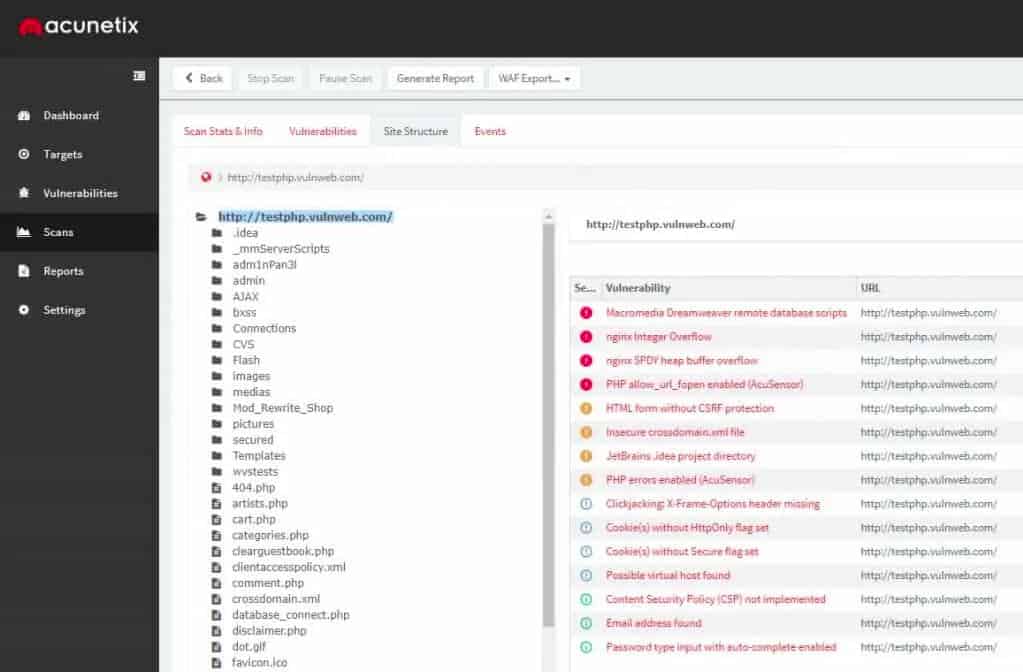 Acunetix offers a vulnerability scanner that you can install on your own site. It scans for Web vulnerabilities and is easy to use – even by non-technical staff. The system offers scans on demand.

The core function of Acunetix is to scan for the OWASP Top 10 vulnerabilities. This system is offered in three editions: Standard, Premium, and Acunetix 360. You can sign up for a demo.

CrowdStrike is one of the leading cybersecurity operations in the world and the company has its own research team and their flagship product is CrowdStrike Falcon Prevent. As well as keeping technicians on staff to identify, explain, and resolve the latest hacker strategies, CrowdStrike contracts in hackers to work for them. This team of hackers is scattered across the globe, enabling team members to launch attacks from anywhere. 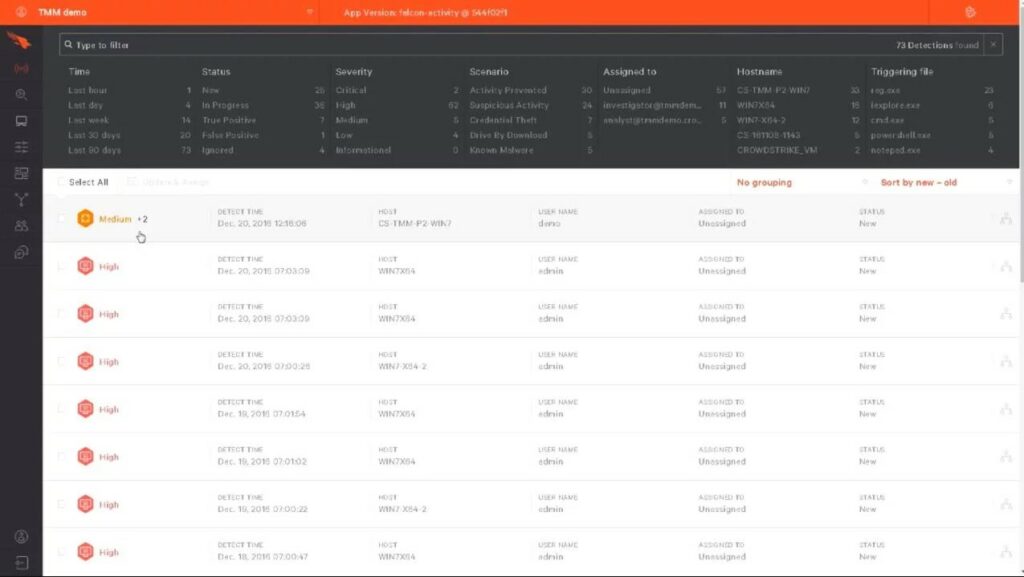 Rather than defending your system from this hacker activity, CrowdStrike charges for the attacks. These are white hat hackers and their attacks on your system highlight system weaknesses that you need to tighten up before real hackers discover them.

The CrowdStrike option isn’t a package of tools or an automated package that you run yourself. It is the services of real-life people who know how to hack into a system.

You will have to contact the CrowdStrike team to discover pricing which will be dependant on your network needs. You can also get access to a 15-day free trial to CrowdStrike Falcon Prevent to figure out your network protection requirements.

The intruder is a power-packed, automated penetration testing tool that identifies security vulnerabilities across your digital environment to prevent costly data breaches. It features an industry-leading scanning engine to offer in-depth security checks. 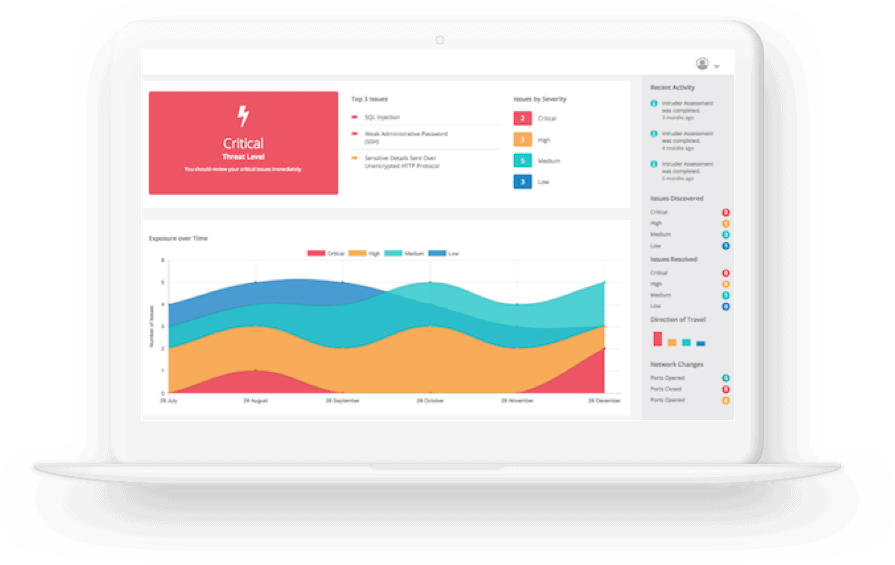 With more than 10,000+ security checks, Intruder protects your critical systems with best-in-class practices.

Ettercap is an all-inclusive suite to detect MITM (man-in-the-middle) attacks. It features content filtering on the fly, sniffing live connections, and other such innovative practices. It also has various features dedicated to host and network analysis. Moreover, it offers support for passive and active dissection of numerous protocols.

This pen-testing tool is quite easy to use and understand. 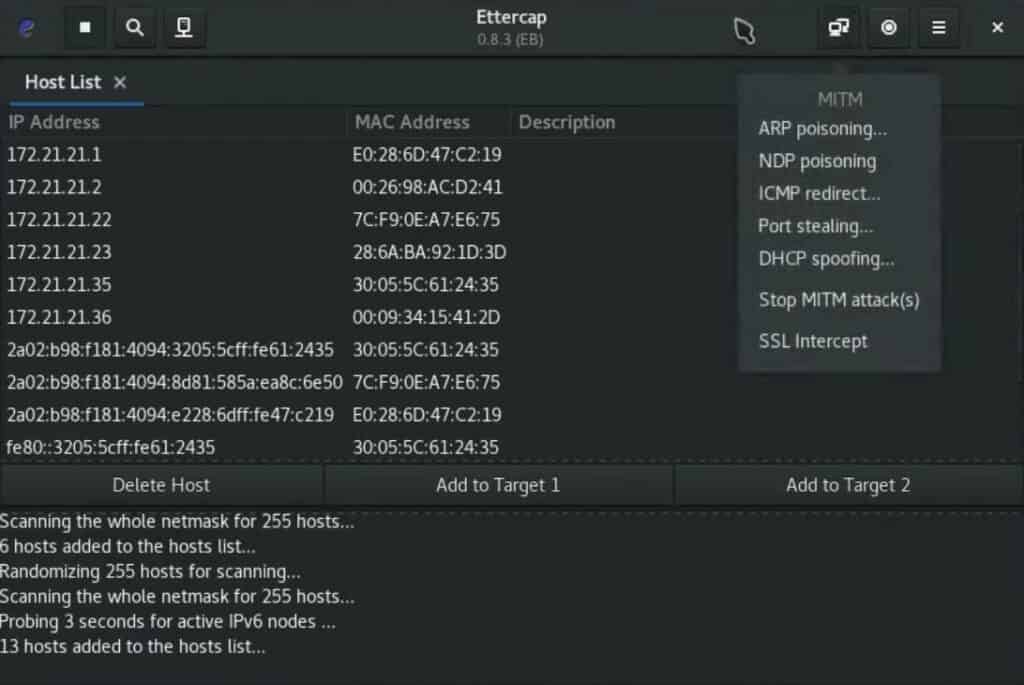 Nessus is a popular vulnerability assessment solution being used in the industry by more than 30, 000 companies now.

It is an exceptionally powerful and comprehensive pen-testing tool featuring deeper vulnerability coverage with over 61,000+ CVEs and over 152,000+ plugins. Besides, it implements six-sigma accuracy to deliver the lowest false positive rate in the market. 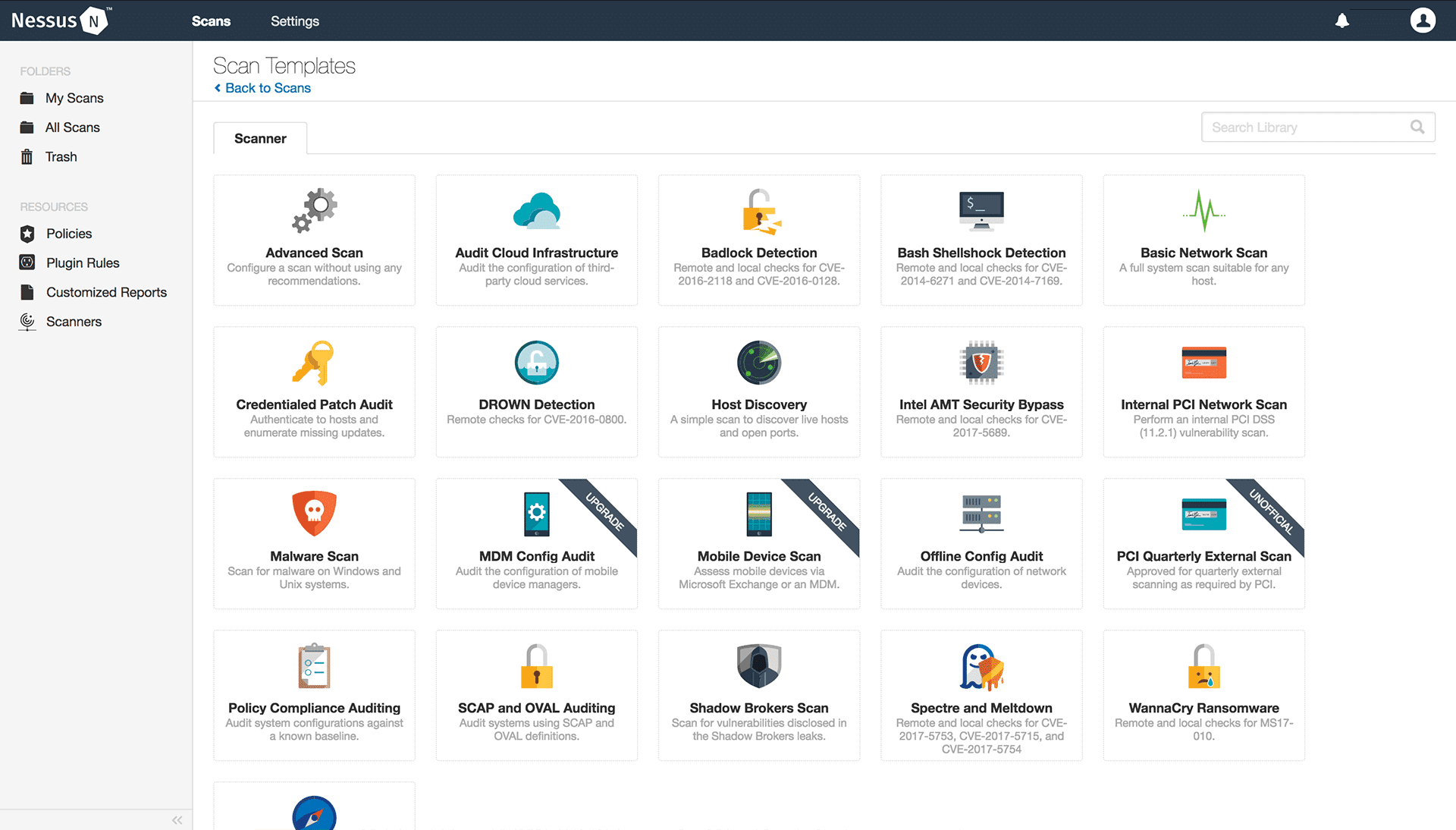 Nessus was meticulously designed by keeping security practitioners and their work in mind. Every single feature in Nessus is built to make vulnerability detection simple and intuitive.

Nessus is best suited for compliance checks, sensitive data searches, and scanning websites and IP addresses. Find out more on their website.

SQLmap is an open-source pen-testing tool that automatically detects and exploits SQL Injection vulnerabilities and takes over database servers. 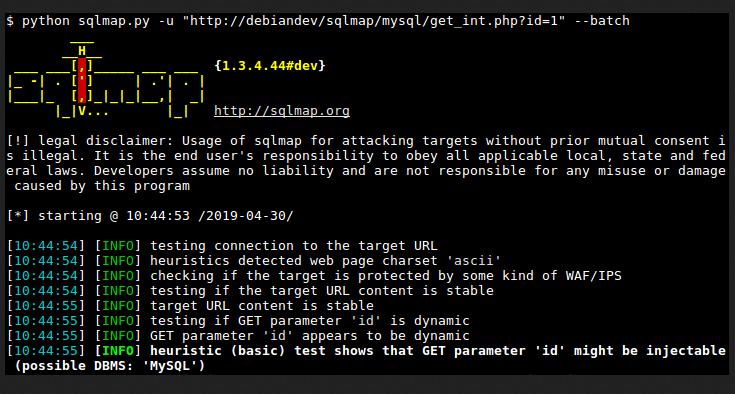 At the heart of SQLmap, there is a powerful detection engine along with various niche features and switches for over data fetching from the database, database fingerprinting, accessing underlying files, and execution of commands on OS through out-of-band connections.

OWASP ZAP is an integral part of the free OWASP community. It is an open-source, free web application scanner that is perfect for newbie developers and pen testers. It automatically finds vulnerabilities in your applications and offers various powerful APIs for security automation via a desktop interface. Developers can automate security regression testing and pen testing of the application in CI/CD pipeline. 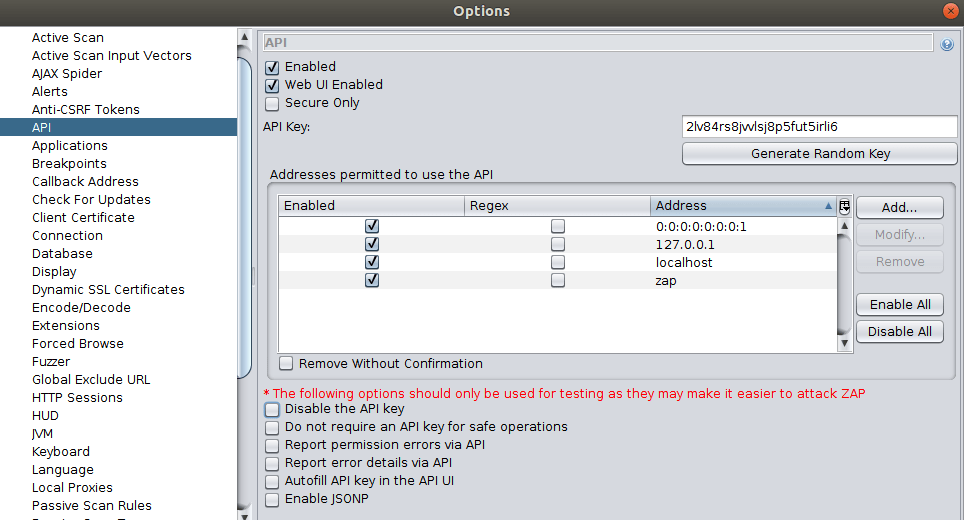 ZAP operates in a cross-platform environment and creates a proxy between your website and the client. Learn more on their site.

Wapiti is an authoritative security testing tool that helps you audit the security of your web applications and websites.

It efficiently performs “black-box” scanning (without studying the source code) of the web application to look for scripts and forms where it can inject data. This is done by crawling into the web pages of the deployed application. As soon as it finds the list of forms, URLs and inputs, the Wapiti tool acts like a fuzzier and injects payloads to check if the scripts are vulnerable. 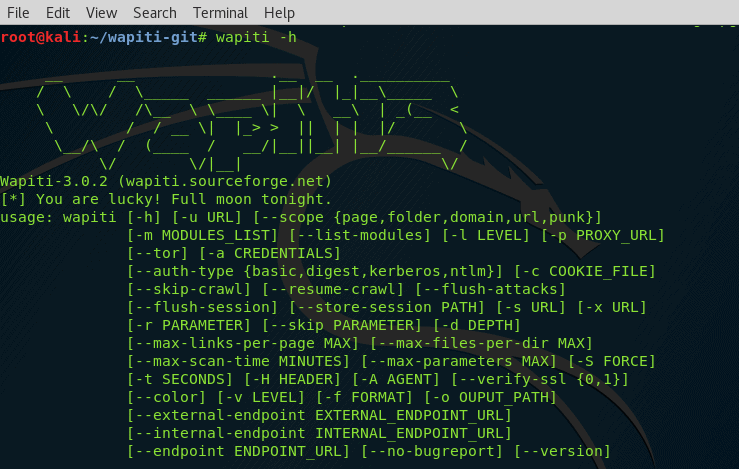 OWASP stands for Open Web Application Security Project. It is a non-profit organization that works to enhance the security of software. 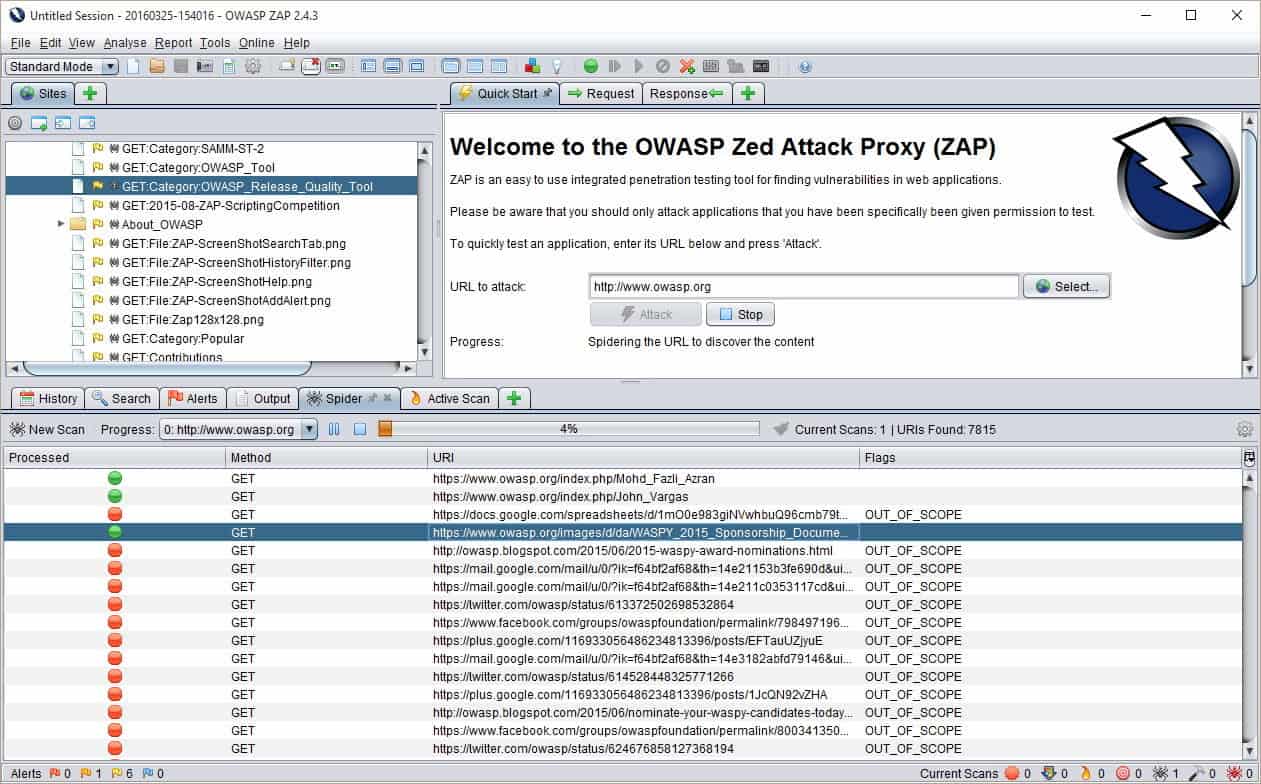 This project comes with multiple tools and resources to pen test various protocols and software environments.

Leading flagship tools of the OWASP project are as follows:

Pen testing tools are a very crucial way of empowering your business’ IT integrity and securing the systems.

With these tools, developers, pen testers and trainers will be able to provide their organizations with the essential forewarning and proof-based information required to secure the IT systems.