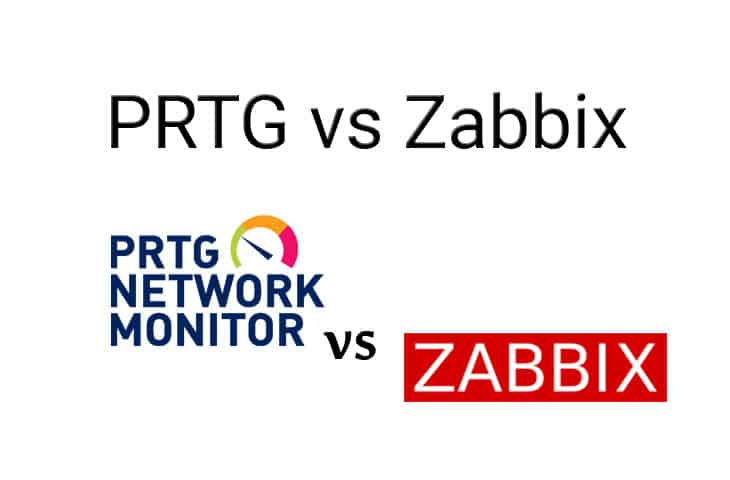 This article will be comparing the two SNMP monitoring applications: PRTG Network Monitor vs Zabbix. 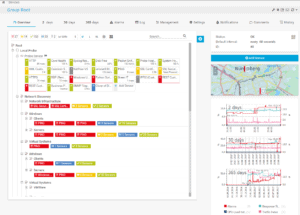 PRTG, developed by Paessler, is a powerful and easy to use network monitoring tool capable of a wide variety of functions from network mapping to help-desk ticketing.

It is fully scalable and can be used by small businesses as well as multi-site corporations with ease. Running as an application on Windows, it provides an easy/quick install and a thorough tutorial on first launch.

Zabbix is also a network monitoring tool, with support for network mapping scanning.

Zabbix is also scalable, and has support for cross-site diagrams. The Zabbix server does not run on Windows, and will require either a dedicated VM / Server with a live CD, or a version of Linux, Mac OsX, the BSD OS group, or Solaris.

Zabbix is not easy to install, and has a much steeper learning curve than that of PRTG.

Here's a Comparison of PRTG vs Zabbix: 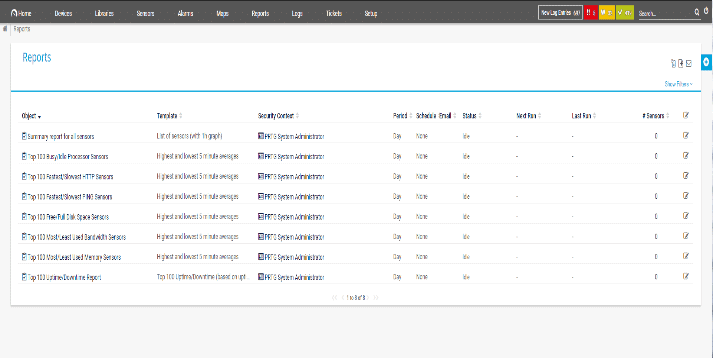 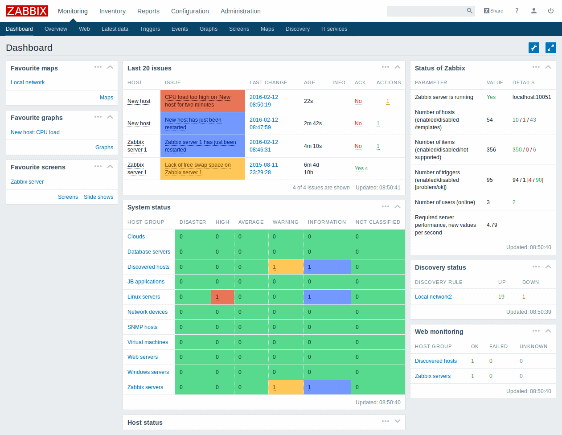 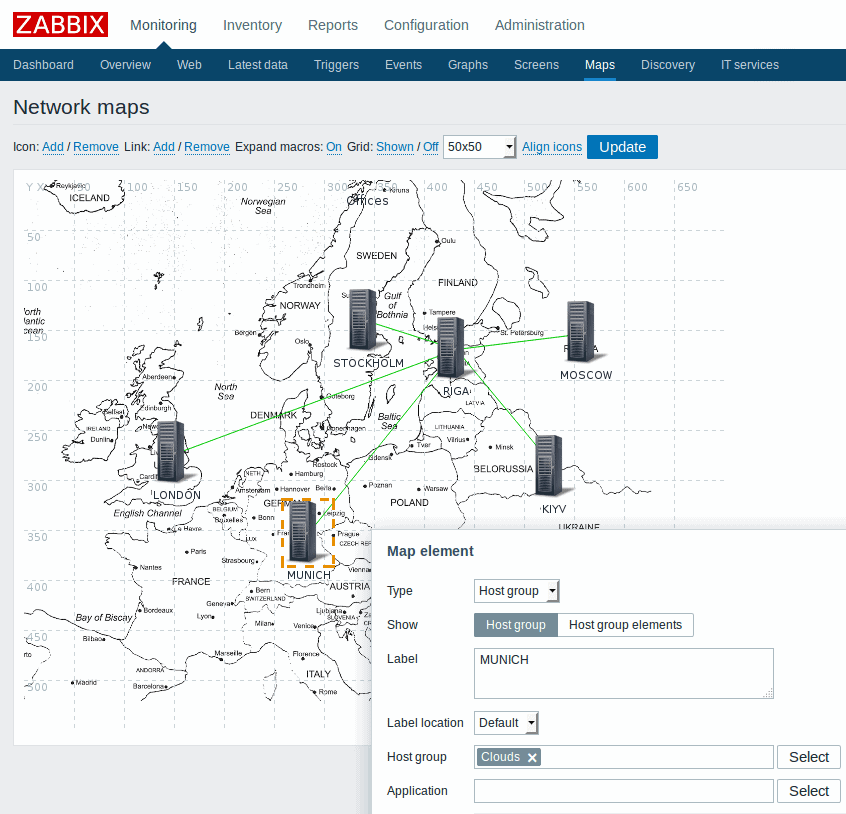 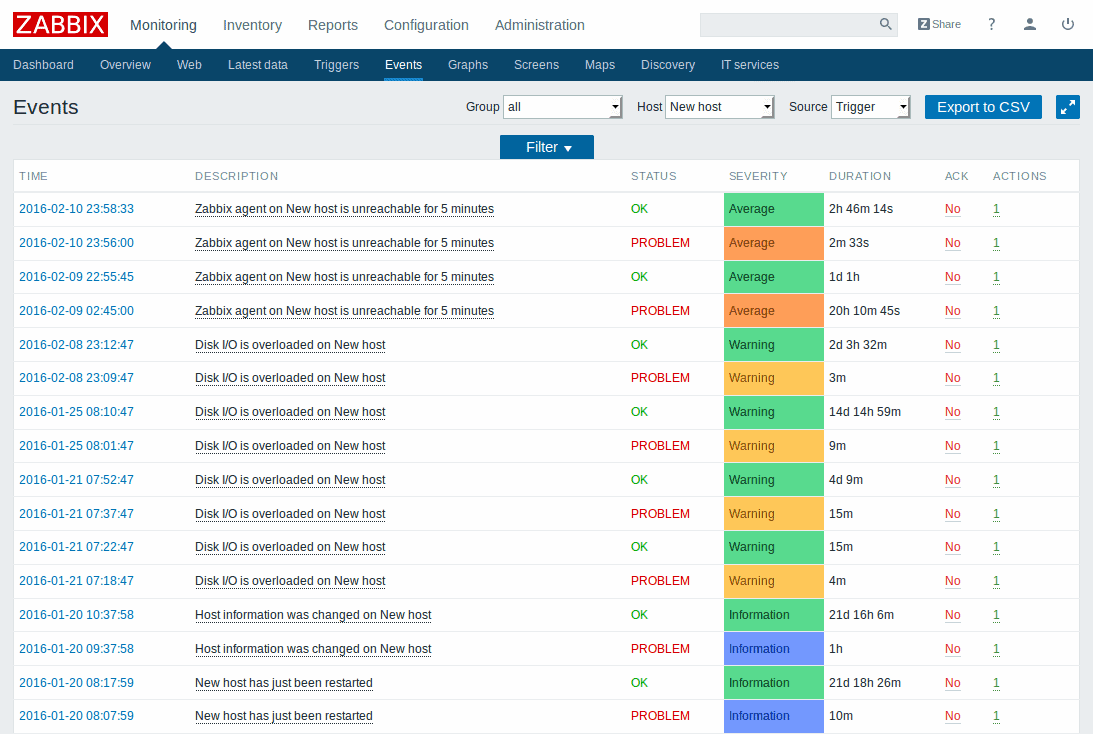 In summary, PRTG has a considerably higher amount of supported protocols and monitorable features than Zabbix. The design and UI are cleaner and feels more modern, and is simply easier to use. The installation and upgrading process for PRTG is also extremely fast compared to any of the Zabbix installation approaches.

Another fact to keep in mind is that PRTG does not require agents, and will require a lot less time installing an agent program on each remote device than would be expended with a Zabbix environment.

Another plus for PRTG is that you can upgrade to a higher tier license by paying just the difference between the current license and the higher license. PRTG also offers free support with one business day response times Monday through Friday, while Zabbix charges for support contracts and limits the amount of incidents you can call in for unless you buy one of the higher tier options.

If the server OS is not an issue, PRTG is absolutely the Better Option, and I highly recommend you Download the 30- day Free Trial Version and see for yourself how intuitive and expandable the product is.

Download PRTG Trial for up to 100 Sensors FREE Here!

What can be monitored with PRTG?

PRTG is an IT system monitoring tool. It is composed of a series of individual sensors and the user can choose which of these monitors to activate. The package includes tools for monitoring networks, servers, and applications. This competence extended to wireless networks, virtualizations, Web assets, and systems such as Active Directory, MS Exchange Server, and databases. Network monitoring combines device health monitoring and also bandwidth analysis with services, such as NetFlow, sflow, and IPFIX. The PRTG system combines different monitoring services to create autodiscovery and network topology mapping. The system is able to test and trace the performance of services through a stack of components from user-facing applications, through networks, and servers.

What is Zabbix used for?

Zabbix is a free monitoring system that is able to track the performance of IT systems. These systems a categorized as networks, servers, and applications. Within these broad divisions, this system is able to monitor the health of network devices through SNMP. It also watches over device availability across the internet, which can be used to measure response times of Web assets. The tool has the capability to monitor virtualizations and other virtual services, such as cloud platforms. It can monitor wireless systems and communication encryption systems. The service and application monitoring tools in the package include Web servers, databases, email systems, and access rights managers.

Zabbix is owned by Zabbix LLC, which is based in Riga, Latvia. The company was founded in 2005 by Alexei Vladishev, who also lead the development of the tool and is still the business’s CEO. The business also has offices in Japan, the USA, Russia, and Brazil. Businesses that use the tool include Dell, Zoom, Intel, Telecom Italia, T Systems China, ICANN, and Salesforce. In 2021, the company has a revenue of $23 million and has 78 employees.