Diego is a full-time researcher and writer specializing in networking and cybersecurity. He has been researching, gathering, and publishing stunning content for about six years.
Behind the Scenes.
Diego is one of those who believe you don’t need to go to University to be the best, but he went anyway. He went to study at Strayer University, Virginia, USA, where he got his Bachelor's Degree in Internetworking Technology. This, obviously opened a lot of doors. He went on to work in major Latinamerican ISPs and cybersecurity providers. During this time, he designed and monitored networks, configured 3G/4G mobile broadband technologies, led different infrastructure installations, and learned to secure all those networks.

In addition, across Diego's career, he has also gotten certifications from Cisco and McAfee and pursued others like AWS, Certified Ethical Hacker (CEH), and Wireshark.

Being hungry for more knowledge and challenging experiences, he traveled across the world to Seoul, South Korea, where he got his Master's degree. In a fantastic university, besides drinking beer for breakfast, he also collaborated on the development of a Wireless Sensor Networks project; one of those key technologies that led to the now popular, IoT.

Diego also traveled to Africa to collaborate with the Chinese mega-company, Huawei, to design, maintain, monitor, and develop the 4G/LTE networks for about two years. After some tough cold nights sleeping inside A/C powered data centers, rather than under the beautiful African sky, Diego dreamed to become a journalist and share all his knowledge with others.
Jumping Into Tech Journalism.
Now, Diego loves what he does: Tech Journalism. Although dreaming about it, was smooth and fun, opening the way has been a wild ride. Now, six years have passed, and Diego is making a living and full-time career as a tech journalist.

Today, he tests products; from proxy servers, VPNs, network monitoring tools, and WAFs. He writes about them and gives his opinion. He researches the web, sets up virtual and cloud labs, reads from fellow experts, identifies trends in tech, and shares his opinion.

Diego also writes about server installations, securing those servers, threat intelligence, VPNs, proxies, TOR, P2P, online privacy, and more. He has been covering news on SiliconANGLE Media, has published in Threat Post, Lanner Electronics, Cloudbric, PCWDLD, ITT Systems, SecurityGladiators, Rapidseedbox, and many other leaders in the networking and cybersecurity industry.

Diego is a full-time researcher and writer specializing in networking and cybersecurity. He has been researching, gathering, and publishing stunning content for about six years. 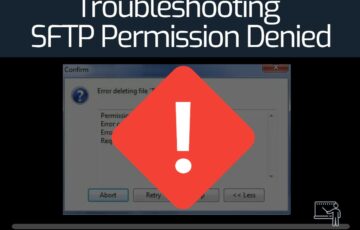 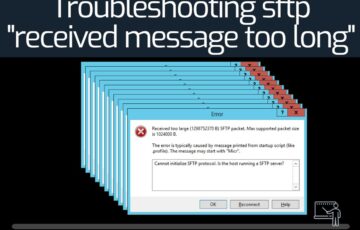 When attempting to transfer files using the SFTP protocol, you get the message “Received message too long … ” in your Linux or macOS machine. Your Windows machine shows something similar: “Received too large (some number) SFTP packet”,  “Max supported packet size is …”. The message means that the SFTP client received bad or unknown […] 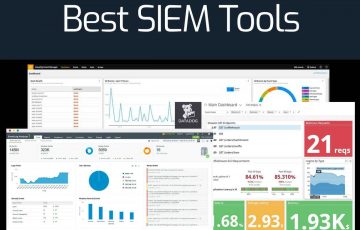 SIEM tools are crucial components in any data security strategy. They centralize all security events, logs, and alerts into a single place, aggregate data, analyze it, and attempt to identify abnormal behaviors or potential threats. A SIEM tool provides the bird’s view to help identify those unusual and often hard-to-see threats. In this post, we […] 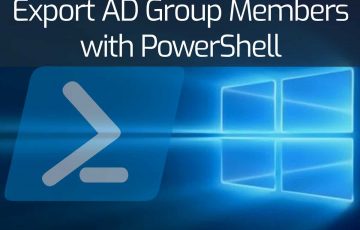 Maybe you are trying to find a list of users that belong to the Administrator’s group, or you probably want to know who has access to which folder. Anyone from IT managers, security auditors, or even third-party services might want to get a list of Active Directory group members for several reasons. Unfortunately, the built-in […] 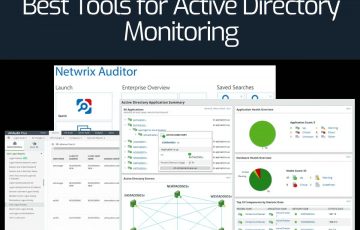 When it comes to Active Directory monitoring, there are a plethora of tools— from free and open-source, to end-to-end enterprise solutions. Solutions range from full network monitoring to data security auditors, to AD management and automation, etc. Although these tools work differently and were designed for different purposes, they can all help you monitor your […]